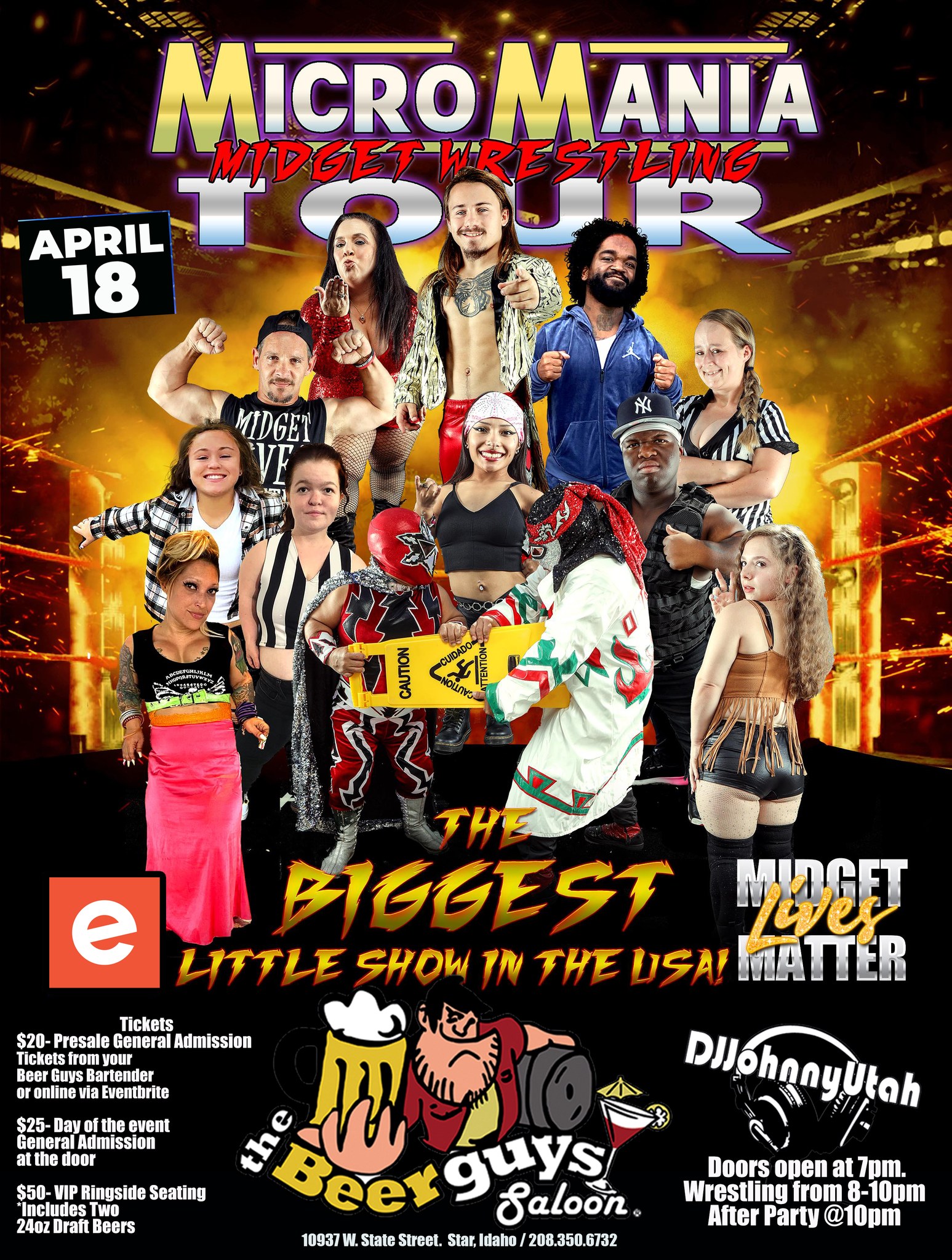 MicroMania Midget Wrestling
Live at The Beer Guys Saloon!
Tuesday- April 18th @ 7pm
After Party with DJJohnnyUtah!
.
Door open at 7pm.
Wrestling from 8-10pm
(on the outdoor patio)
After Party from 10pm-1am
.
These Micro Athletes have been featured in WWE, Impact Wrestling, Lucha Libre AAA, Spike TV, MTV and hit feature films such as Jackass and Nacho Libre!
.
MicroMania Tour is a high powered, explosive, athletic Pro Wrestling show with just the right touch of comedy thrown in to make for a unforgettable BIG event not necessarily BIG people!!
.
These micro athletes may be short in stature but are giants in the world of entertainment where they will keep you on your feet screaming from the opening bell through the Main Event!
.
Tickets
$20- Presale General Admission from your Beer Guys Bartender
$25- Day of the event General Admission at the door
$50- VIP Ringside Seating
(Includes Two 24oz Draft Beers)
.
This show WILL SELL OUT!
Here is the Link for Tickets

or get your tickets from your Beer Guys Bartender OR get there early the day of the event.
.
All tickets include access to the after party with DJJohnnyUtah and the Wrestlers!
.
Beer Guys Saloon 🍻
10937 W. State Street
Star, Idaho 83669
21+Only