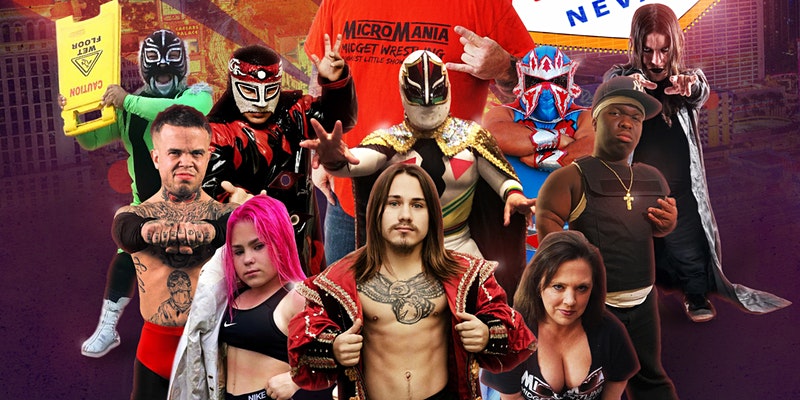 MicroMania Tour is a high-powered, explosive, athletic Pro Wrestling show with just the right touch of comedy thrown in!

About MicroMania Tour
MicroMania Tour is a high powered, explosive, athletic Pro Wrestling show with just the right touch of comedy thrown in to make for a unforgettable BIG event not necessarily BIG people!!
These micro athletes may be short in stature but are giants in the world of entertainment where they will keep you on your feet screaming from the opening bell through the Main Event! MicroMania Tour is the only Midget Wrestling company based in California.
Being Based in California and consists of a 90 minute action packed show featuring 2 Micro matches, a Bombshells match, and a Main Event Battle Royal featuring Micro Athletes & the Battling Bombshells.
Our Micro Athletes and Bombshells have been featured in Jack Black’s Hit Movie Nacho Libre,MTV, Spike TV, Conan O’Brien, Jerry Springer, WWE, Impact Wrestling, as well as many other TV shows and movies. After you leave our MicroMania Show, you are guaranteed to be a MicroMania Fan for life!!

About the Milton Theatre
The historic Milton Theatre is a uniquely diverse venue where you will find the best local, regional, national, and international talent. Free municipal and on-street parking are available. Full bar and light food options available. This facility is fully accessible.